In June of this year, we had the pleasure of visiting Egmont Key, located at the mouth of Tampa Bay, Florida. It lies southwest of Fort De Soto and can only be reached by boat or ferry. The Egmont Key Lighthouse and the ruins of Fort Dade, a Spanish-American War era fort, are also located on Egmont Key. Egmont Key extends along the Tampa Port Shipping Channel. The nearest city is St. Petersburg, Florida. We took the Tampa Bay Ferry from Fort De Soto to Egmont Key and on the way over to the island, I couldn’t help but notice the Caribbean-like blue green waters of Tampa Bay.

When we had almost arrived to the island, we had the pleasure of seeing three manatees!! This was the first time our family had ever been this up close to manatees before and I am almost at a loss of words by how amazing they were! 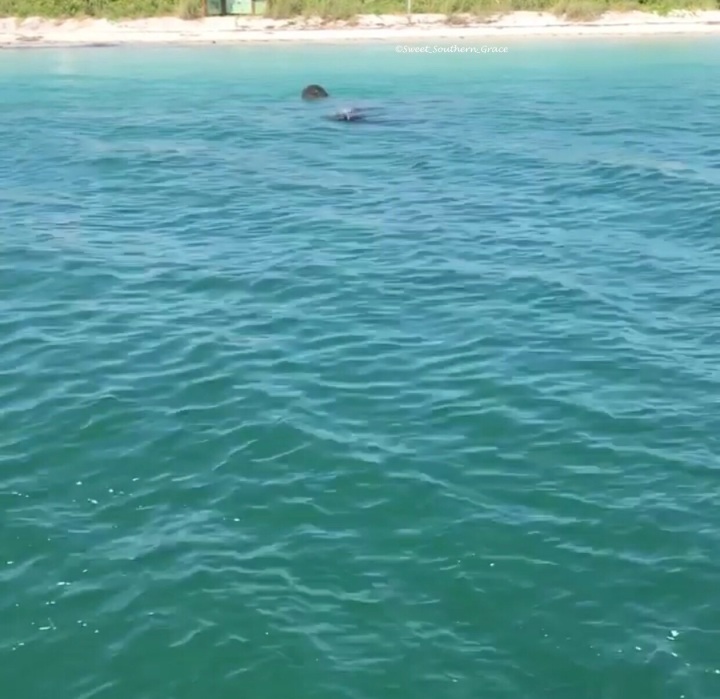 Two of the manatees were kissing and they were such gentle animals! 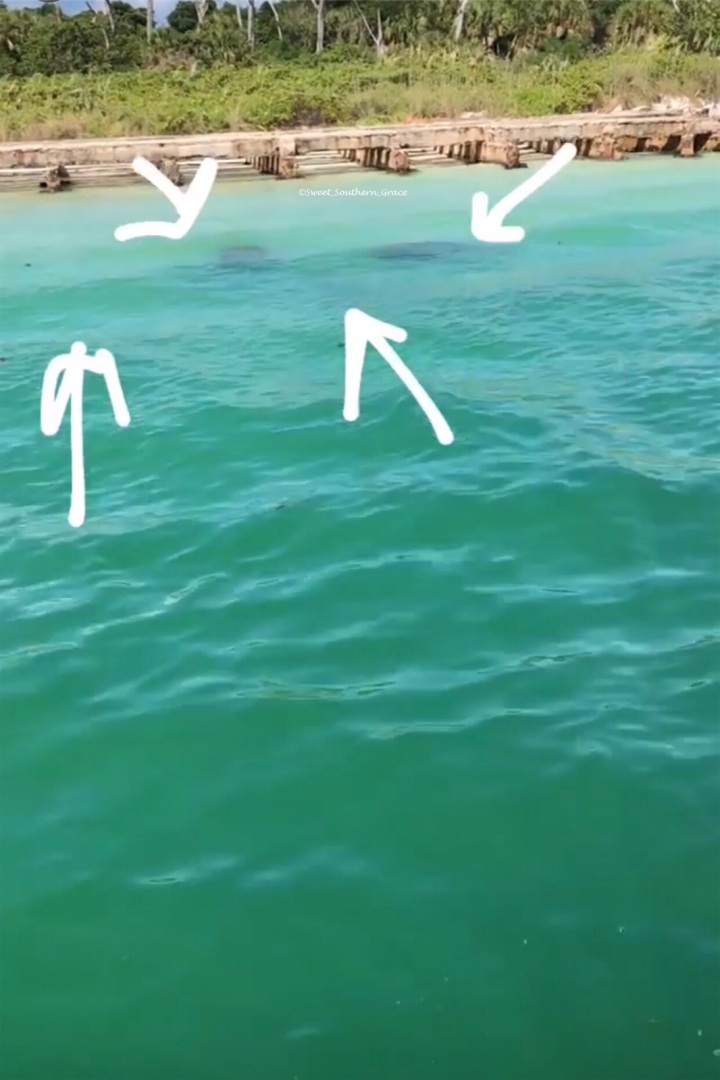 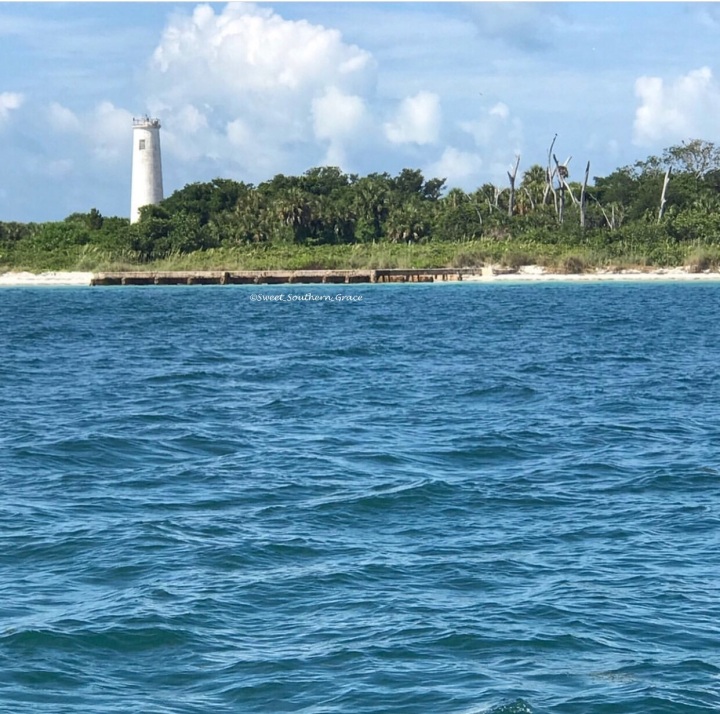 Once we arrived on the island, we walked along the pathways lined with palm trees and flowers. The flowers and palm trees were so beautiful!

One of the first sight’s to see is the lighthouse! 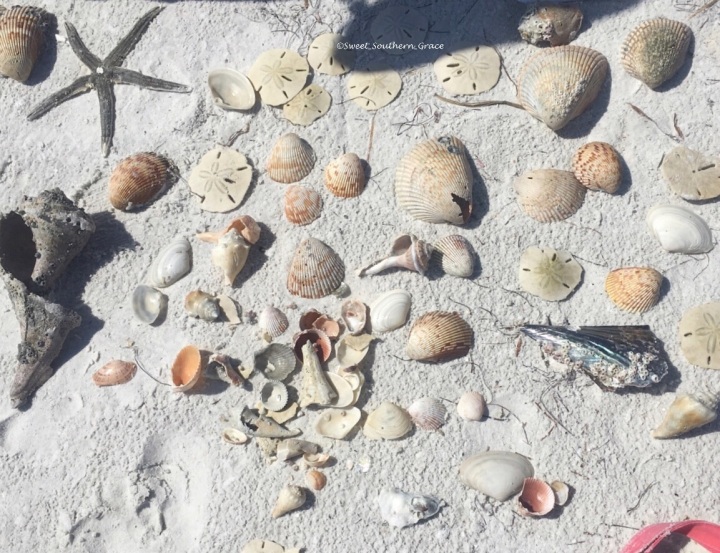 After shell searching, we worked up an appetite for lunch! We ate our lunch on the beach and decided to explore the forts on the island from the Spanish-American War.

The picture below is Battery McIntosh, one of five gun batteries on Fort Dade. 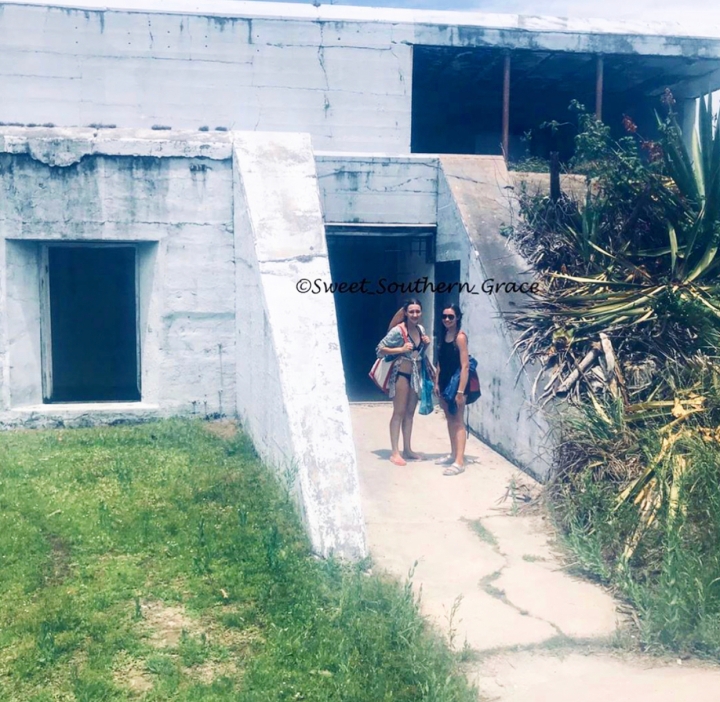 Fort Dade was built on the island in 1898 during the Spanish-American War and remained active until 1923.

During this time, there was about 300 people living on the island with a small hospital, bakery, movie theater, bowling alley and tennis courts. While exploring the island, you will come across several of the remnants. The picture below is remnants of Fire Command Control Tower. 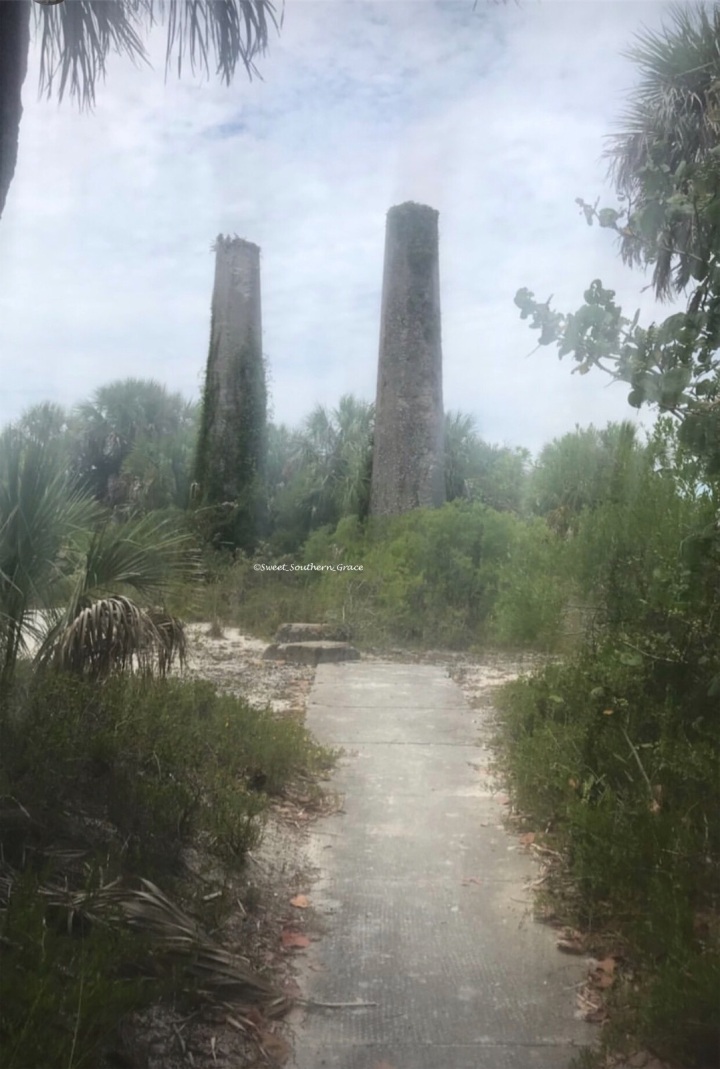 We stumbled upon several gopher tortoises!

We even got to feed one! Be careful though, they think brightly colored nail polish is food!

Our family enjoyed seeing the lighthouse that was built in 1858, while being maintained by the Coast Guard for ships and boats.

Picture below is of my husband and I! 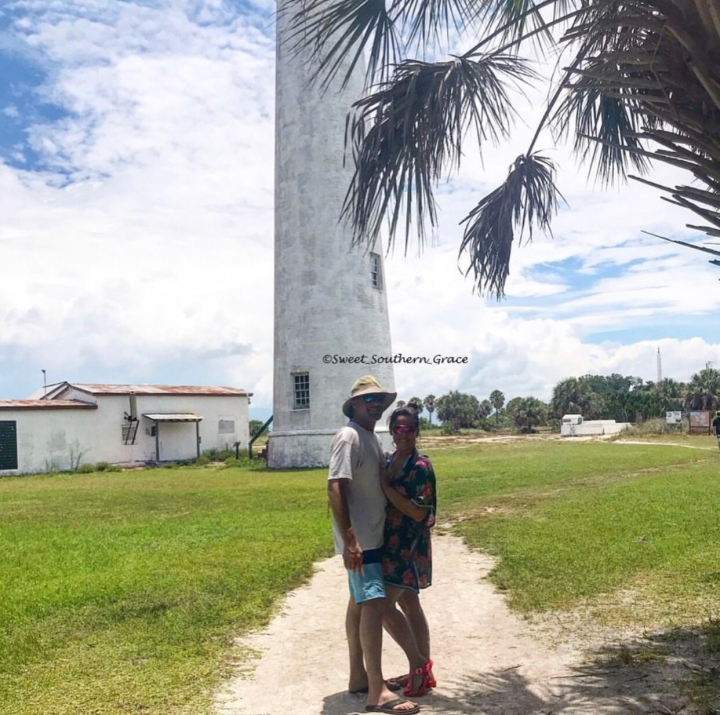 When we got back to the other side of the island, we headed straight to the water to cool off! It is very hot and humid, so please make sure to bring lots of water! 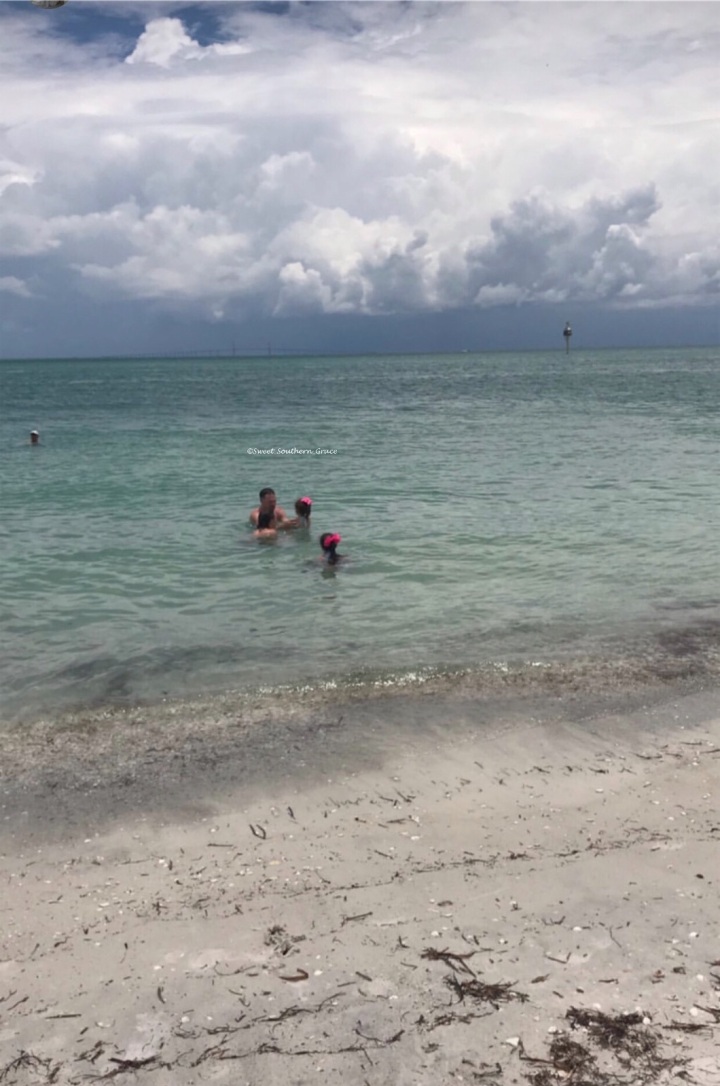 On the ferry ride back to Fort De Soto, we saw dolphins!

The dolphins were stealing all the fisherman’s bait fish off of their poles!

Definitely a unique island to visit and explore!

Tips from our family:

*Pack food and plenty of water

*There are no restrooms on the island, so be prepared.

*Wear clothing and shoes that you don’t mind getting wet/sandy.

Absolutely a wonderful experience that we will treasure for a lifetime and it could possibly be one of my most favorite places to visit in the world!

“Fall is proof that change is beautiful!”~Unknown
“Some Christmas tree ornaments do more than glitter and glow, they represent a gift of love given a long time ago.”
With the weather beginning to finally cool down here in the south, we love leaving our doors and windows open but without the bugs! Thankful to our friends over @fluxphenom for sending their Magnetic Screen Door to us and keeping us big free in our home!
“When my heart is overwhelmed, lead me to a rock that is higher…”~Psalms 61:2
Barndominium Update
"For everything there is a season, and a time for every matter under heaven:..." Ecclesiastes 3:1
Loading Comments...